Hey guys! So I was watching the new Nigahiga video on Youtube the other day about cyberbullying, and it really got me thinking. Here is the video:

Now before you go on the offensive and lambaste me with criticism, I know that my opinion is strongly worded and expressed. I just really want you guys to know that cyberbullying is so easy to overcome. So many people have come to me before and told me that they were cyberbullied and they didn’t know what to do about it. Honestly, just ignore the bullies and just get offline.

Another reason I bring up this topic is because of what I have encountered on the Fantageville Xat box recently. Over the years that I have been on chat, people know I am really strict and edgy when it comes to rules. It isn’t predominantly expressed now, but quite a while ago, a lot of people used to message me on chat about getting cyberbullied. They were always like, “So and so was being mean!! Do something Angela!” And most of you know that I would reply, “Unless so and so was breaking the rules, I can’t do anything about it.” Obviously that response has earned me a sassy reputation, which I am fine with 🙂

I don’t punish people on chat for disrespectful behavior towards me, Moomoo, the mods, or anyone else. The thing is, some moderators on chat seem to do that. “With great power comes great responsibility,” I would say. The moderators KNOW the rules, and they KNOW that they cannot punish people who are disrespectful towards them, yet are technically not breaking the rules. A violation of this rule has happened quite a few times, so mods, I will tell you right now, suck it up and follow the rules or else you lose your job.

Another reason why I bring up this topic now is because I knew that “haters” and “cyberbullies” teemed with life throughout the blog last summer. There were so many more haters, Moomoo and I even made a page for them (what a terrible mistake). Dealing with cyberbullies in that way honestly made everything worse; it annoyed the haters even more and caused them to do more stupid stuff such as copying us and writing terrible things about us. The easiest way for us to avoid the haters was to just ignore them, and that seemingly is working for us quite well this year.

So back to cyberbullying being a first world problem. The words that Ryan Higa said that stood out to me the most was that “If you can’t take it, you shouldn’t be online.” I believe this is true, and many people have said these words to me before. There is no shame in evading bullying. In fact, you should be proud that you made the right decision to just walk away instead of retaliating. I would be so proud of you if you could accomplish this task, because many people really cannot.

So to sum up this post holistically, cyberbullying is such a first world problem. It is just like dropping your phone in the toilet, or losing the cap to your water bottle. The next time you encounter cyberbullying, just think of this straw:

P.S. Please don’t take this post personally, it is just my opinion on the logistics of cyberbullying. This post is not meant to harm or target any individual.

The Life of a Fantage Employee 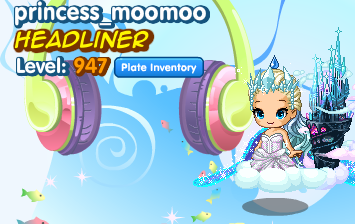 Hi, I'm princess_moomoo, the creator of Fantageville. Thanks for visiting! Got questions? Email me at fantageville@gmail.com. Click on me to learn more about us!

Want to become mod? Click here to learn how.